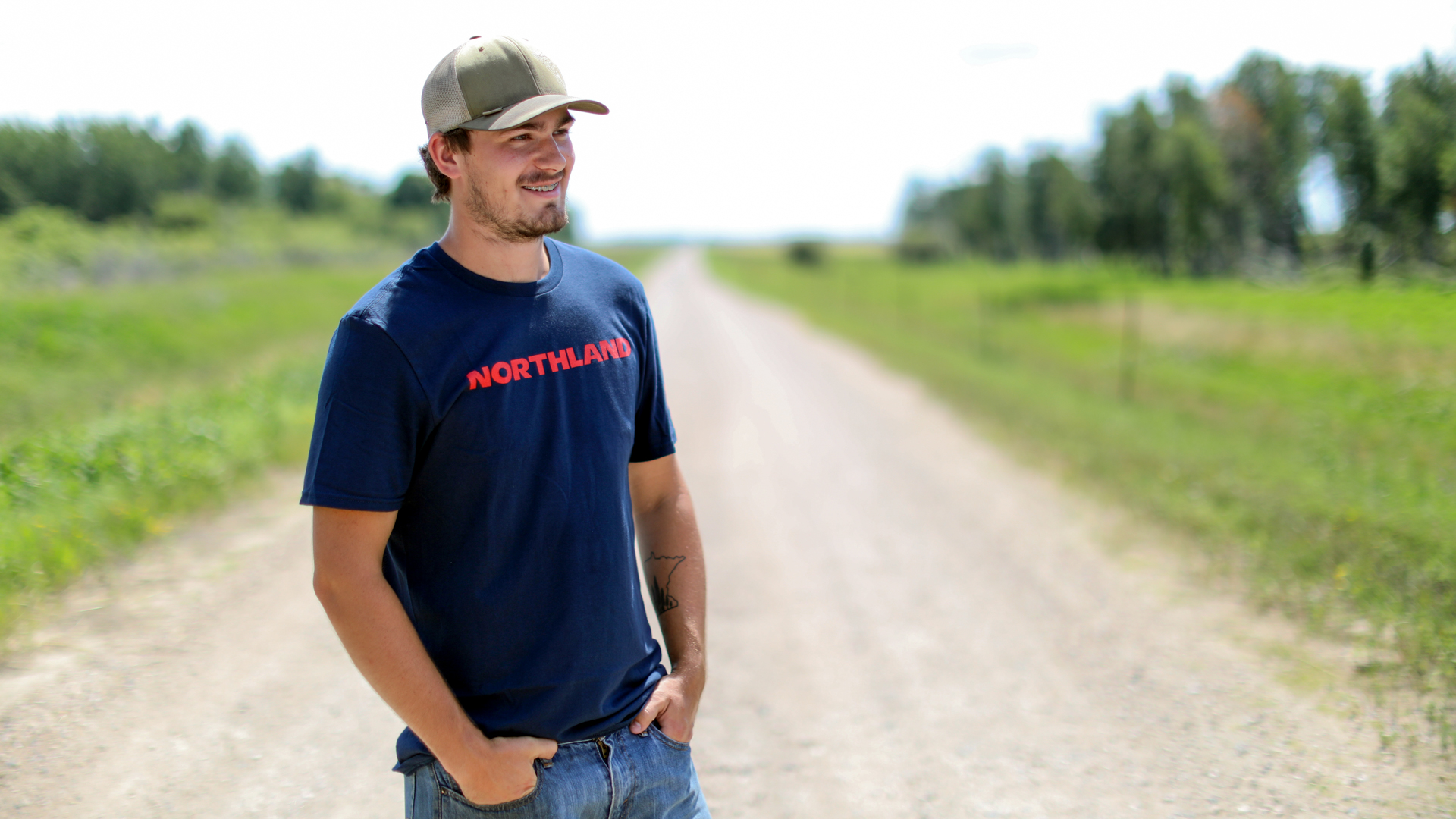 HE WAS A FARM KID WHO HATED FARMING. Sitting in the tractor for hours on end, staring out at the endless rows of grain was the last thing Elias Jacobsen ever wanted to do. Yet, the recent Northland Community and Technical College graduate earned his two-year degree in Animal Science — part of the first graduating class of Northland’s newly expanded Agriculture department. The reluctant farmer is now back on his family farm west of Greenbush, Minn., continuing the legacy for a fifth generation.

What seemed an inevitable career path for Elias was anything but certain just two short years ago. Reluctantly, he had resigned himself to the fact that he would likely end up back on the farm, taking over the operation all the while longing for something different. But an especially blunt conversation with his mother around the farmhouse table forced his eyes open to considering other possibilities. 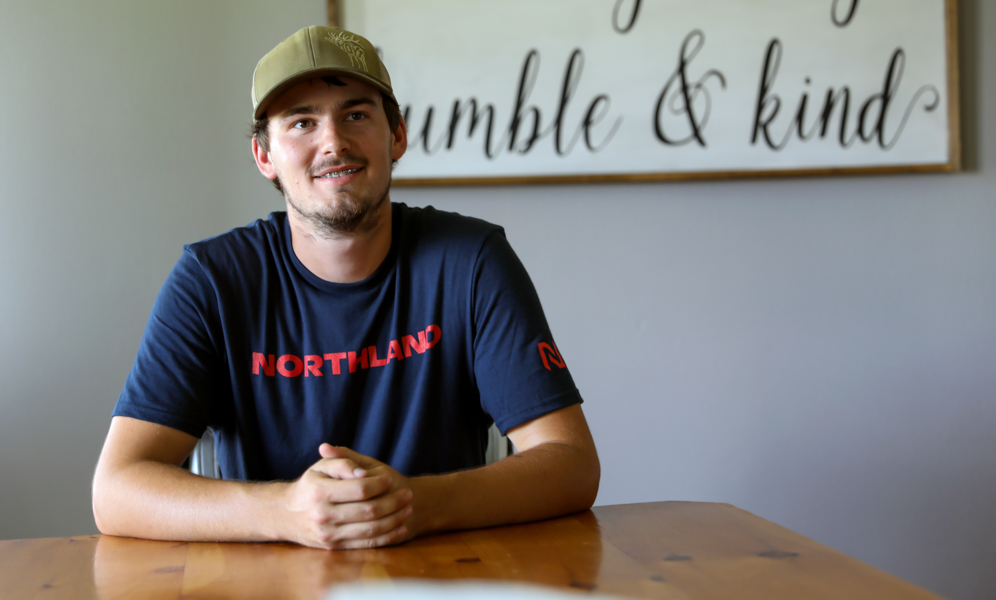 “I grew up on a farm raising grain and cattle and, honestly, I hated it,” Elias admitted almost too eagerly. “I just didn’t enjoy it all, but my thought from the beginning was that even though I really didn’t enjoy it, we’ve got the land and I come from a long line of farmers, so I figured that’s what I’d do. I didn’t even question it until my senior year in high school when my mom asked what my plans were for college.”

The exchange that followed didn’t go quite as he had anticipated.

“It was a pretty quick conversation,” Elias said with a hint of sarcasm. “I told my mom I was probably going to go for some ag or farming program, do the same thing my dad did and start taking over. She quickly informed me that my dad would not be quitting, that he did not want to quit anytime soon and that I would not be taking over.”

So, Elias’ desire to escape the farm quickly jumped from plan A, to plan B, right back to plan A during the course of that perfectly matter-of-fact Midwestern discussion between mother and son.

When he had allowed himself to dream outside the farm, Elias pictured himself in a science-related career. He considered two paths: performance engine building or mechanical engineering.

“But I knew nothing about engines, and I cannot stand math or algebra,” he said, revealing his dry, Midwestern sense of humor. “So that kind of made that decision easier. I couldn’t stand the thought of two years of math classes.”

Thus, when Elias first enrolled at Northland, he was your typical first-year student — not quite sure which road he’d end up traveling. He signed up for a full load of general education credits hoping to stumble into some untapped passion. Fresh off that kitchen conversation, Elias wasn’t looking for anything farm-related, but an intro to ag class caught his attention… along with discovering he could earn an ag certificate while completing his generals.

“I still don’t like being out in the field, sitting in a tractor all day… but I found out during my first semester at Northland during that intro to ag class that I really liked to spend time with animals,” Elias admitted. 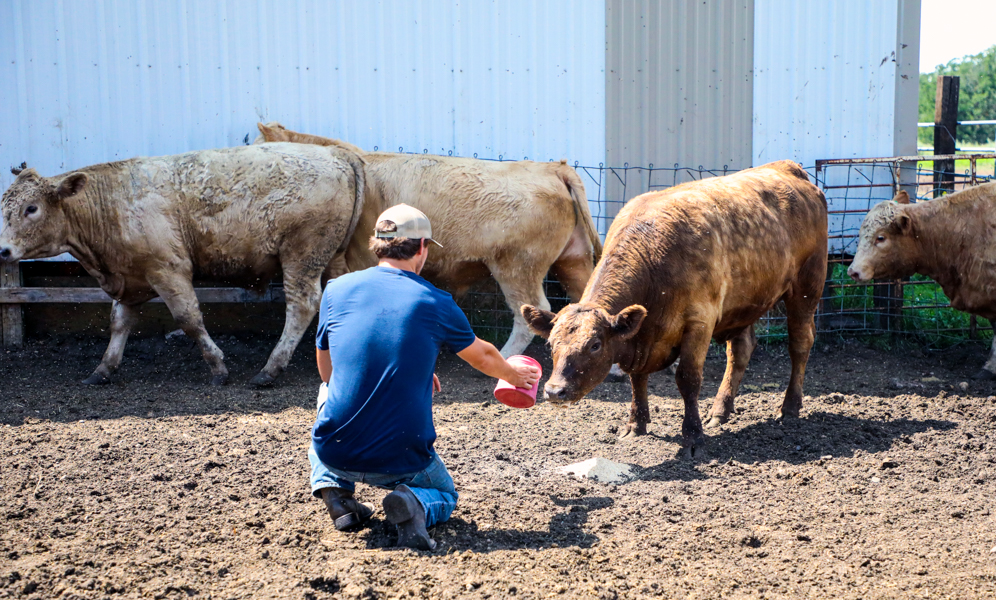 That first semester was indeed a turning point for Elias. His two favorite classes turned out to be both ag-related, and they opened his eyes to new opportunities he’d never known about even on his own family farm. Those first two classes revealed a passion for animals that had gone untapped, and a new path began to emerge that would point Elias in a completely unexpected direction.

It’s also where he first learned of a new partnership forged between Northland and nearby University of Minnesota Crookston (UMC).

A Seamless Partnership for Students & Industry

Whether walking the halls, listening to students and faculty or even the occasional alumni who’s back to mentor a class or reconnect, you’re overcome with a sense of Northland’s mission and vision. It’s apparent in every classroom, in every course description and every major change. You don’t have to be told why the place exists. You feel it when you’re there, and you hear it in the stories people share about their experiences.

Because Northland has been so successful in living its mission to serve local communities — both students and industry — the college’s recent innovation has somewhat flown under the radar. In fact, it’s just one more in a long list of milestones the institution has achieved in recent years, as it continues to stay ahead of industry demands while adapting today’s higher education student needs.

But, a new partnership between Northland and UMC is still well worth celebrating.

“This is the very first time that the university system and the state system have worked together in collaboration for students and broken that barrier,” explained ADawn Nelson, Agriculture Program Director for Northland and graduate of UMC. “With the new animal science and ag education programs, we now have dual enrollment at both institutions which, for the first time, allows students to seamlessly transfer from Northland to UMC to continue on to their four-year degree.”

It’s truly an unprecedented agreement. Both institutions maintain their own ways of doing things, Nelson explained, but the two teamed up for the benefit of students and growing demand within the local ag industry. Faculty and administrators from both campuses came together to create a set of unified curriculum that completely lines up across both institutions. The partnership allows for dual enrollment, which means a student at Northland can jump right into a four-year path as soon as they’re ready… or, conversely, a student at UMC can come to Northland should they find it to be a better fit compared to a university setting.

Both Northland and UMC serve small communities and students who may have grown up there, so it was (and has proven to be) a natural fit. Still, each has their own strengths that are now more readily available to their students.

“Crookston is small, but we’re even smaller… a bit more one-on-one,” Nelson said. “They have the best-of-the-best facilities, whereas we go out to the farm to experience real working conditions. Our classes are a bit more practical and focused on real-world problem-solving. Students learn the same concepts at both institutions — it just looks a bit different. The students that go on to get their four-year degree get the best of both worlds: hands-on with us on a real farm, and cutting-edge technology and equipment right on campus in Crookston.”

The need for such a joint partnership has been evident for quite some time, according to Dr. Dennis Bona, President of Northland Community and Technical College.

“It’s obvious if you look around ag is a huge industry in our area and experiencing a bit of a renaissance on both the family farm and the corporate farming operations,” Bona said. “Northland has been involved in ag for a long time with our farm operations program in East Grand Forks and our precision ag program in Thief River Falls, as it’s part of our mission to put together programs that serve students and industry alike. So we have a wealth of information and experience, and ADawn spent the better part of a year creating this new curriculum based on information available directly from the industry we’re serving.”

Two Years In with a Bright Future Ahead

The program’s benefits to students are many. Cost is one. Spending your first two years at Northland saves money while providing the same quality education. You enjoy a small, intimate class size with the same instructors and largely the same classmates throughout your time in the program. Northland is also set up in such a way that you get a continuous theme throughout each semester — where classes all align with one another under a common core lesson — so you know what to expect and how to prepare for success.

“All of the courses taken here will be on your Northland transcript and will also be on your UMC transcript when you transfer and graduate from there… the admissions process is guaranteed,” Bona said proudly. “There is no chance of taking courses you’d have to repeat. It works very well for our students. And quite honestly what I like about it is that students, as they’re talking to their parents and peers, will say ‘I’m a UMC student taking half of my courses at Northland that are less expensive and just as convenient,’ and we like playing that role as a community college.”

Plus, even though the two campuses are only about 45 minutes apart, the ag opportunities vary, giving students a broader exposure to potential career paths. For Elias, that exposure to new opportunities is exactly what he needed to discover his unique passion within the ag industry. 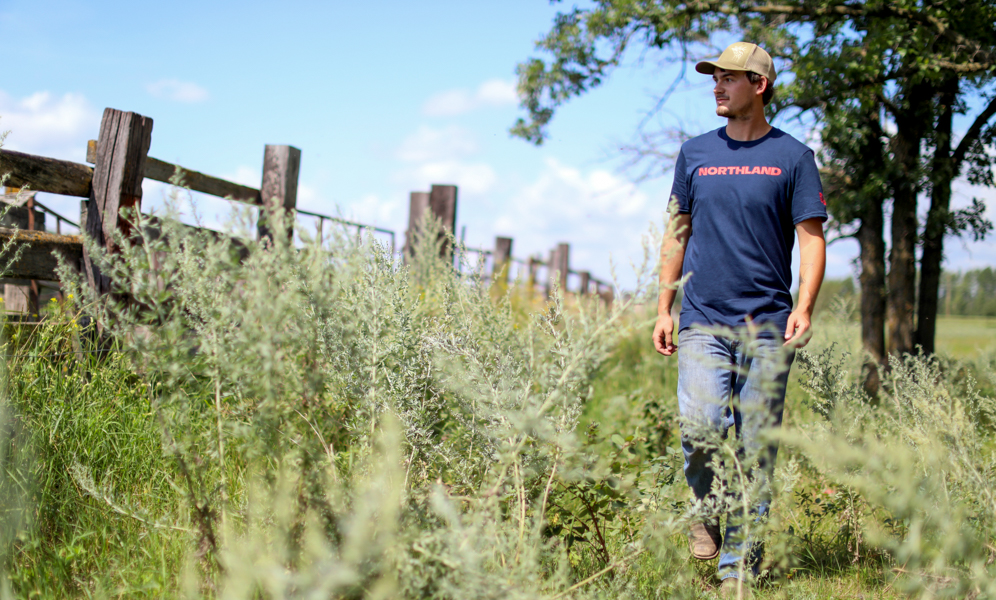 “After that first semester, I switched to the new Animal Science program,” Elias said. “Now I mainly get to take care of the animals, which is exactly where I want to be, and my main goal is to continue at UMC and finish out a four-year degree in animal science… from there, maybe transition to veterinary school.”

Nelson has heard similar anecdotes from other students in the program.

“We’re only in our second year,” she said, “but it’s been fun to hear students with their stories of what’s happening on their family farm. They’re going back to say, ‘Hey mom (or dad or grandpa), we should do this or try this or keep track of these things more to improve our operation.’ I’m trying to prepare my students to improve our local ag industry and teach them the skills, tools, and ethics they’ll need in the real world. Ag is all over. This is something everyone needs around the world.”

Dr. Bona sees a bright future ahead of these new programs and for today’s students who are seeking a path to higher education that suits their pace and their place in life.

“This is a more efficient path to a four-year degree in the ag field,” Bona explained. “For the students going straight from high school to a university… one, it’s expensive and, two, it’s kind of a dramatic life change to make that commitment, and they don’t always have the confidence to succeed. When you can break that into a couple of steps — where the first year or two you can stay local, learn local — they’re more willing to take this on. Often, once they complete that first step with us, they realize they have a whole new level of confidence and are then able to move forward to complete their four-year degree at the university.”

Though never lacking in confidence, Elias was surely lacking the right inspiration. He found it at Northland. More specifically, he found it in the Agriculture Department and the opportunities opened by this new partnership with UMC. The reluctant farm kid is now living the vision Dr. Bona described, pursuing an agriculture career with a passion he may have otherwise never discovered. 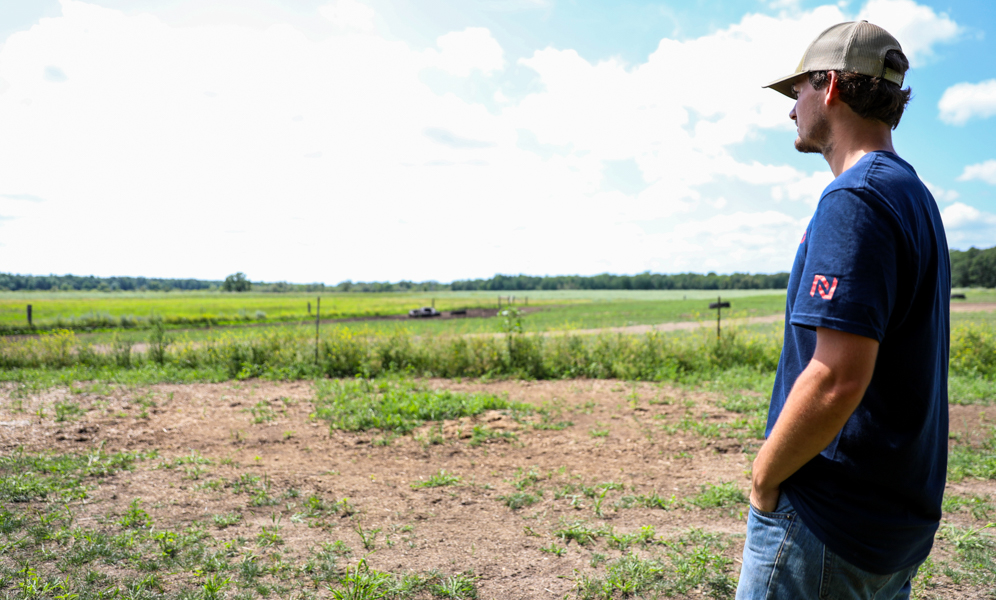