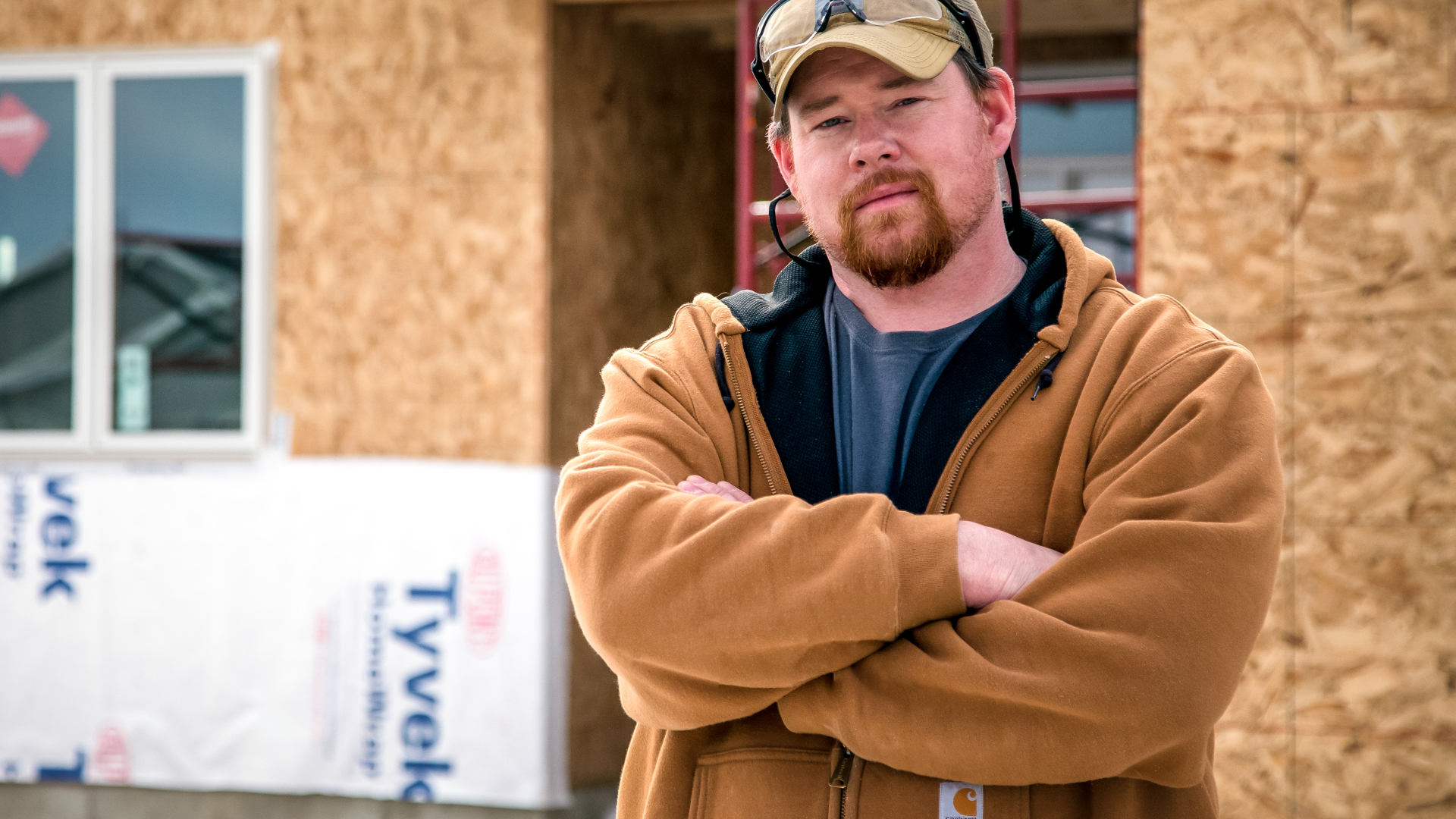 Breaking Free From The Cubicle

Northland instructor seeks to change image of the plumbing industry

At some point in human history, likely around the time indoor plumbing became a common household amenity, those with the talent to keep the water running earned an unfavorable reputation. Why? Because some days to find the leak, fix the pipes and get the water running again, you have to get a little dirty. We’re talking about plumbers, of course—the everyday heroes who are willing to get dirty so you don’t have to.

Hero is a loaded word, and you likely wouldn’t bestow such a grandiose title on your plumber… until you wake up at 6 AM on a bitterly cold winter morning to discover that your pipes had frozen and your water heater went out. On that day, when the plumber shows up to restore the hot water (and your sanity), he unquestionably saved the day.

The stereotypical plumber is just that, a stereotype. It’s about as far from reality as the idea of an overweight police officer munching on donuts while the criminal gets away. The problem with stereotypes is not just that they’re so often wrong, it’s that they’re so hard to break once they catch on. Plumbers may not be heroes, but they’re certainly not the comic strip buffoon covered in muck we’re led to believe they are.

Jack Hanson
“The truth is, most of what we do is more creative than it ever is dirty.”

“We’re not dirty,” Jack Hanson said point blank with a bit of chuckle. “I hate to say it, but the misconception tends to be on the negative side for the plumbing industry. The truth is, most of what we do is more creative than it ever is dirty. New construction, for example, is anything but dirty.”

Hanson is a master plumber and fifth-year instructor at Northland Community & Technical College in East Grand Forks, MN. He wears a baseball cap, grey hooded sweatshirt and jeans as he sits at his tidier-than-expected office desk, a place he admits is the last place he’d like to spend his time.

“My nightmare is fluorescent lighting and a cubicle,” Hanson said, clearly acknowledging the irony as he waves his arms to showcase his tiny cube. “I love not having the constraints of an office or factory job. There’s nothing better than having a cup of a coffee about 7:00 AM in a new house with the smell of fresh studs, putting in new construction plumbing. It’s freedom, man… it’s why I love what I do.”

The picture Hanson paints of today’s modern plumber is enviable, with themes of freedom, opportunity, creativity and earning potential. These big-time benefits, once the hallmark of white-collar life, are turning the trades into a more and more attractive option to millennials who aren’t looking to follow their parents’ footsteps into the increasingly stale world of office cubicles.

From Denmark to Northland

It wasn’t plumbing, per se, that brought Bjarne Vestergaard from Denmark first to Connecticut and then to northern Minnesota, but it’s what brought him to Northland to study with Jack Hanson. When he moved here with his family, Vestergaard started looking into the trades for work. He already had some experience under his belt, but he knew he wanted to one day own his own business. Thus, he needed professional training.

The moment he discovered Northland’s Construction Plumbing program—and learned he could earn upwards of 2400 hours towards his journeyman’s license in just nine months of school—he knew plumbing was his path. Early into his first semester, Vestergaard realized just how perfect Northland’s program was for him and his goals of business ownership.

“Jack was really good at explaining a lot of things that would’ve taken a long time to learn in the field,” Vestergaard explained. “The classes at Northland also gave me an advantage towards owning my own business. Instead of just learning whatever the boss wants you to do, we learned the basics of how the business works, too.”

The idea of training for more than just a job is a message community and technical schools like Northland are trying to share. They want people thinking beyond punching a clock when it comes to the trades because the reality is someone needs to own the shops and run the businesses.

Brian Huschle
“I don’t think people realize the potential that really exists when they think of plumbing or the trades.”

“This type of profession—plumbing, HVAC, carpenters, all the trades—too often students don’t realize they’re on a very wide-open career path where they can work in shops for other people, but they’re also on a path to owning their own business,” Brian Huschle, Northland’s Campus Dean, explained. “I don’t think people realize the potential that really exists when they think of plumbing or the trades, but there is tremendous freedom there and it’s really exciting to see what our students go out and do after graduating.”

Time for a Change

At 36 years old, David Makarim came into Jack Hanson’s plumbing classroom at Northland with years of hard-earned construction experience. He was old enough to know he didn’t want to spend the rest of his life as a general laborer… and young enough not to hesitate about going back to school. He’d known about Northland for years, having grown up in Grand Forks, so it was just a matter of picking the right program.

David Makarim
“I wanted to learn a specific profession versus continuing with general labor work, which was killing me physically.”

“I wanted to learn a specific profession versus continuing with general labor work, which was killing me physically,” Makarim said. “So I wanted to get into a trade that I can rely on. I had a little experience prior to getting into the program, but I felt I’d be more comfortable if I went through it before jumping into the field.”

Makarim found a role model and mentor in Hanson. As a graduate of Northland, Hanson is in his element on campus and in his classroom. His years of on-the-job plumbing and construction expertise, as well as a straightforward approach to teaching, draws his students in, leading to above-average graduation rates for the entire program.

“Jack does a really good job of connecting with students and getting them from start to finish,” Huschle said. “Students who enroll in his program have amazingly high completion rates. He’s a graduate of Northland, so he knows the path these students are on and can relate to them so much better because of it.”

For Makarim, who’s an older-than-average student with clear career objectives, the biggest value comes from the lessons he’s learning from Hanson that you won’t find in any textbook.

Brian Huschle
“Jack’s a graduate of Northland, so he knows the path these students are on and can relate to them so much better because of it.”

“Jack always teaches us the ‘by the book way,’ but then he also tells us the real world way of doing things,” Makarim explained. “He gives us the real picture of what the boss will really expect you to do when you’re out on the job site. Jack is clear that out in the real world, everything’s not perfect… everything’s not textbook, so he teaches us when, where and how to be creative. That kind of insight is beyond valuable to me.”

In the wing that houses the Construction Plumbing Program at Northland, the word “freedom” pops up surprisingly often. From instructors to students to the campus dean, everyone you talk to understands the biggest value in a plumbing career (or any of the trades taught at NCTC, for that matter) is the opportunity to control your own schedule… and thus, your own path in life.

“There’s a lot of freedom in the job,” Vestergaard said. “You don’t go to work at one time and leave exactly at one time. There’s no set schedule so that freedom is great when you have a family.”

Makarim, one of Jack Hanson’s current students, agrees. “Once you gain the knowledge, you can kind of go where you want to go,” he said. “Jack’s at that point and I’m looking forward to earning my credentials and getting to that point of freedom. He’s in demand, he can kind of do and go where he wants. That’s what I’m hoping for.”

Brian Huschle
“New construction is where the demand is and with that demand comes to job security, and ultimately, freedom to choose what you want to do with your skills.”

For his part, Huschle admits getting past the old, outdated stereotype is necessary if the plumbing industry hopes to recruit enough new journeymen to step in for the retiring master plumbers.

“This is a career path that has an image problem,” Huschle said, “because people picture it as the Roto-Rooter guy. Well, that’s not who we’re training here at Northland. We train people who go out and work primarily new construction, not service or repair work because new construction is where the demand is… and with that demand comes to job security, and ultimately, freedom to choose what you want to do with your skills.”

There’s that word again. Freedom. The time has come to update our image of what it means to be a plumber. “People seem to think plumbers, or construction guys in general, aren’t that bright,” Hanson said, shaking his head as if to try to physically shake off the stereotype. “But it’s just not true. Some of the guys I’ve worked with might be geniuses. Plus, once you get out on that job site, you’re your own boss… and nothing’s better than that feeling of freedom.”