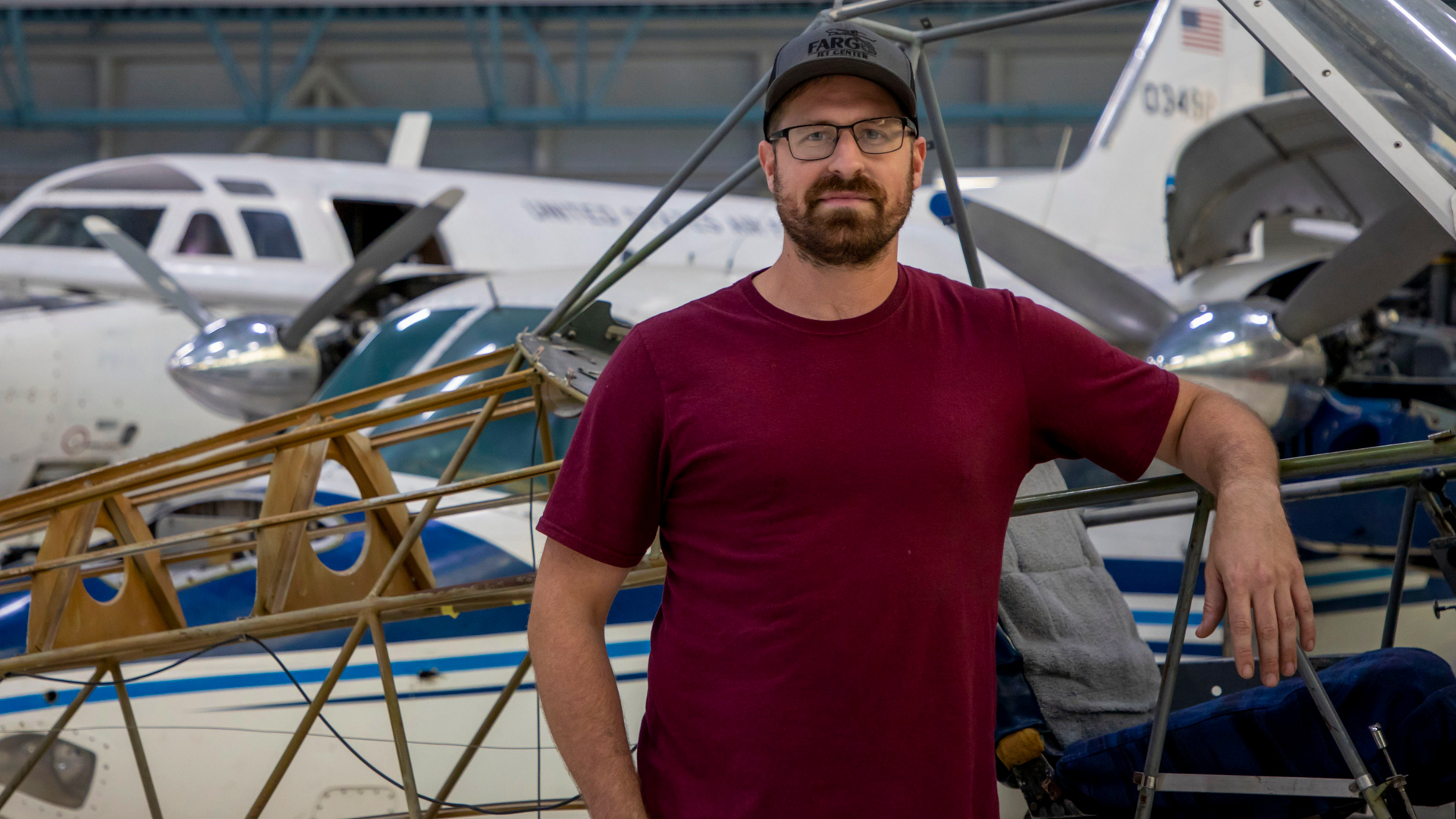 From Hawley to Hollywood and Unexpectedly Back Home

You wouldn’t think that leaving the glitz and glam of Hollywood for a potential career in aviation would be considered upward mobility. But, for second-year Aviation Maintenance Technician (AMT) student Nick Zingraf, it’s the opportunity of a lifetime to find his ideal career.

Nick is a creative type with a love for music, and his restless spirit had him following that passion to Hollywood following his high school graduation in 2007 to try his hand in the music industry. While in Los Angeles, he held many odd jobs, working in a nightclub, laying concrete, working logistics and performing minor equipment repair for a professional audio company, all while pursuing his music career in his free time.

“It was a grind–but it’s the way of life in one of the world’s most competitive music markets. Everyone is working a day or a side job while they pursue music, or acting, or some other passion,” explained Nick. “You have to be able to pay the rent in some way!” 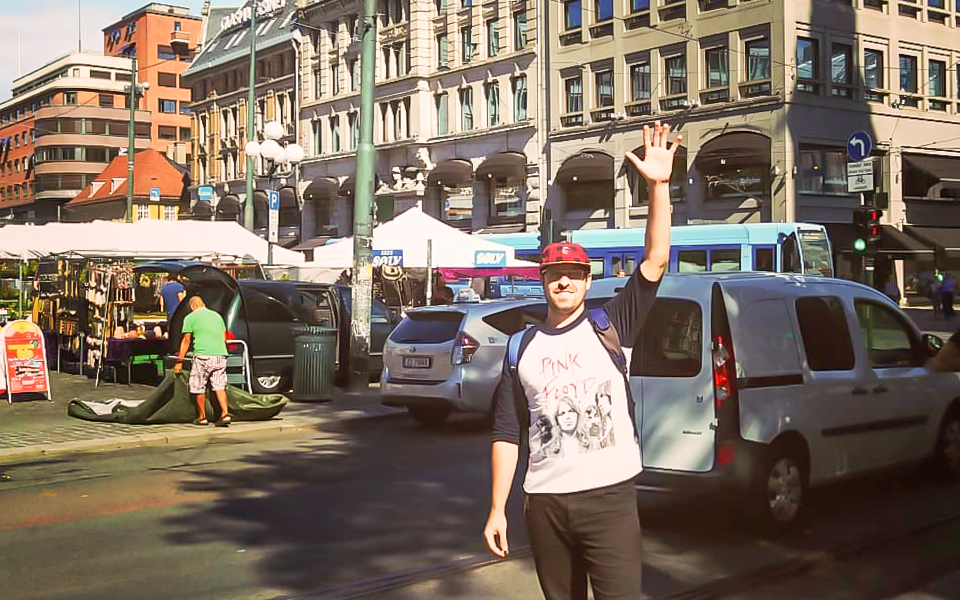 Although he was having some success writing and producing instrumental music for general television slots and performing as a bassist for hire, he had traveled to Belgium and Norway for two separate band tours; it was his job working in the audio-visual industry that would open his eyes to the possibility of a new career path.

“While working for an audio visual firm, I had the opportunity to work on a float featuring The Incredibles 2 float for Disneyland’s Paint the Night Parade.”

It was at that time Nick decided to leave his other odd jobs behind and become an independent contractor in the audio-visual industry.

“I really liked the creative nature of that field,” shared Nick. “There’s an incredible amount of troubleshooting that goes into a job like that and I was able to pay the bills and enjoy what I was doing while utilizing my creativity.”

As an independent contractor, Nick soon found himself halfway across the world in Saudi Arabia in a bigger-than-life experience developing lighting installations for Disney’s Marvel Virtual Reality Experience, which debuted in February 2019. He was traveling throughout Saudi Arabia, with more stops on the schedule when COVID-19 hit and made international travel impossible.

So, why would anyone leave such an exciting and growing career? When COVID-19 struck the world, Nick found himself, like many Americans–out of work.

“Overnight over half of my paycheck was just gone–events were being canceled left and right–when there are no events, there’s no work for someone in my industry,” Nick declared. “I decided it was time for a change. I needed a career that was going to be there no matter what the economic climate is like.”

In the spring of 2020, Nick made the move back to the midwest and his hometown of Hawley, Minnesota, to start a plan for his future. Nick began touring schools to see what field of study most interested him and tossing around a wide variety of career choices, from auto mechanics and engineering to nursing.

“I toured several area schools, UND, NDSU, and I felt like they took no interest in me personally–they didn’t seem to care if I chose their school or not,” shared Nick. “I wasn’t finding the right fit.”

Then Nick made the trip to Thief River Falls to explore the Aviation Maintenance Technician (AMT) program at Northland Community & Technical College.

“As soon as I walked in, I genuinely felt like I was home. Lynn [McGlynn, AMT program advisor], gave me a tour, she answered all of my questions, and also set me up to speak with the Aerospace Dean. They were enthusiastic about the prospect of me coming to school here.”

If the personal attention wasn’t enough, a lucky pull tab sealed the deal. While Nick was exploring the town of Thief River Falls, he stopped at a local pub for a burger and decided to try his luck. “I pulled a $1,000 winning ticket and decided it was a sign that I was making the right decision!” Nick declared.

Nick has jumped in with both feet to the AMT program. He has been honored with a $5,000 Gordon B. Hoff scholarship from the Minnesota Business Aviation Association as well as a $1,000 scholarship from North Dakota’s Professional Aviation Maintenance Association (PAMA). This past summer made the most out of an opportunity to gain some hands-on experience with an internship at the Fargo Jet Center, where he worked as an AMT apprentice.

Richard Chapman, Northland Aviation Maintenance Technology instructor, describes Zingraf as a natural leader and ardent student. “Nick is truly an asset to Northland’s AMT program and will bring his superior work ethic and positive attitude to the profession. He takes pride in his work and strives for the best output every day. I know he will go far no matter which avenue he chooses.”

With graduation looming, Nick is hunting for his dream job. He is still unsure where he will land after Northland. “I ultimately decided on the aviation field because I knew I wanted to work in a career that still allowed for me to use my creative side, with a lot of upward mobility, and had many different facets to explore,” said Nick, “I am still in research and development mode at this point considering every avenue at this point, from business aviation to jobs with the Department of Defense working in the unmanned aircraft side of the industry.”

What happened to Nick’s music career, you might ask? Well, he hasn’t left music behind entirely. He is still doing some freelance work writing and producing music with his brother in his free time. “Music is something that will always be a part of me. It’s a part of who I am. I will always take it with me no matter what career or job I have. That’s the beauty of music.” 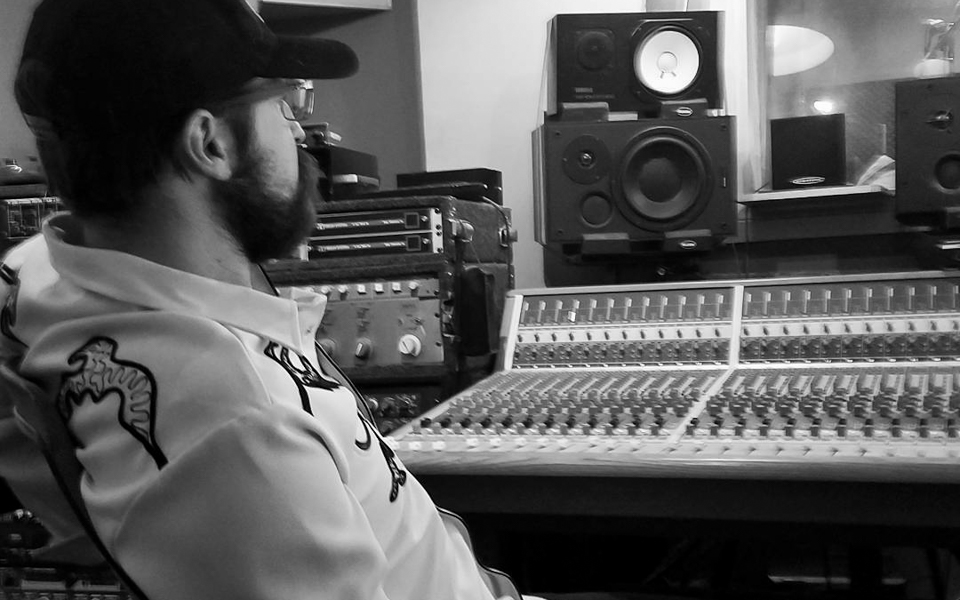